Peace of Mind is a new general dentistry studio in Chandler, AZ with calm & holistic treatments for anyone who cares for their teeth…even if they don’t care for visiting the dentist. Taking proper care of your mouth is essential to good quality of life, but for many this important act of self-care doesn’t feel like care. That’s why we’re offering a variety of comforts to transform your visit to the dentist into a soothing experience…because a smile requires your teeth AND your mind to be happy. So whether you’re looking to emerge from the dentist with a brighter smile, or are looking to maintain your overall health–we’re here to help take care of you in a way free of anxiety or fear. 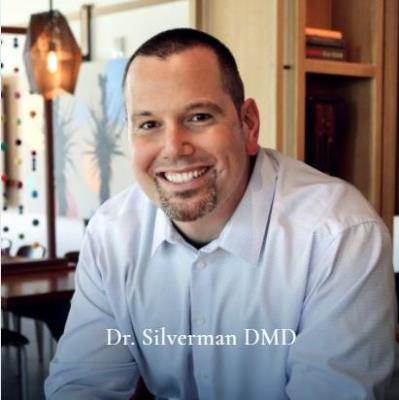 Dr. Jeremy Silverman received his Bachelor’s Degree in Psychobiology from The University of California, Los Angeles and his D.M.D. (Doctorate of Dental Medicine) from Midwestern University in Glendale, AZ. Originally from central Pennsylvania, he followed in his father’s footsteps in choice of a career. From a young age, he helped at his father’s office and joined in volunteer efforts, developing a strong code of ethics, a high standard of patient care, and a value of community service. While attending UCLA, Dr. Silverman was an All American Track and Field athlete in shot-put and discus with a best ranking of 35th in the world in shot-put in 2005. While he threw shot-put with his right hand, you’ll notice Dr. Silverman is a left-handed dentist.  Dr. Silverman partakes in continuing education and stays up to date with the newest techniques, technology, and products. In his free time, he enjoys mountain biking, computers and electronics, and music.